Keith Black … A Child of the Beach in Toronto Remembers

I did not know a boy named Keith Black when I was growing up in The Beach neighbourhood of Toronto. I had never even heard his name, in fact, until I saw the listing for his new book on the Beach Metro News Facebook page. Then I read his bio in that article and realized that, while Keith is six years older (nearly a lifetime difference when you’re kids!), we had a lot in common, having grown up in the same east-end Toronto neighbourhood at approximately the same time. We are both Boomers, after all!

We were born in the same hospital (East General) and had both attended the same schools (Williamson Road Public and Malvern Collegiate). Plus we did a lot of the same things kids at that time did in The Beach. I was primarily interested though in the fact that Keith had written this book but had not yet published it in print or eBook format.

Keith and his older brother, Rick.

So I contacted him directly to ask about his plans for publication, and we quickly discovered that our families had lived only two blocks away from each other (almost just round the corner, in fact), and we both had older brothers named Rick who were the same age – and were, indeed, friends of one another during the 50s!

So I offered to help Keith get the word out about his book to my blog readers. I know there won’t be a great deal of interest out there in the wide world in a book about a specific neghbourhood in Toronto, let alone one that takes place during the 50s, but I am still in contact with many old friends from that time – some of whom still live in the old ‘hood! I trust they will all find Keith’s stories very nostalgic and a wonderful reminder of days gone by.

Me in the 50s with my older sister Betty and brother Rick.

On a personal note, I have written several short stories set in The Beach based on my time growing up there, which was in the 60s. My need to write about this neighbourhood was very strong, so I understand Keith’s desire to write down his own experiences. It’s amazing though how universal all these stories are, especially to us Boomers!

For the complete story about Keith Black and his book, as well as links to weekly reprints of the book’s chapters, please see the article Former resident’s book looks back on growing up in the Beach in the Fifties by Alan Shakleton that ran in the Beach Metro News on July 14, 2020.

From the book’s back cover:

“Everyone has to grow up sometime and everyone has to grow up
somewhere and I am delighted that I did it in the Fifties and in the Beach.”
Keith Black, who was born in 1947 provides a sparkling narrative about
what it was like to be a child during the 50’s in the Beach area of Toronto
at a time when the streets teemed with children.
As we watch the children play and roam far from home, we also meet
some of the residents, shop in some of the long-forgotten stores, dine in
the restaurants, and remember some surprising events such as a blazing
gun battle on Queen Street and the year everyone received updated
appliances.
Even if you are not familiar with the neighbourhood, there is something
here for you. As Keith says in the Introduction, “if you remember mello
rolls and Murray Westgate, it doesn’t really matter where you lived”. Or
Chum Charts, or The Yummy Man, or Al Boliska, or Nash Metropolitans,
or cap pistols, or The Happy Gang. And the list goes on.
BOOM. A book not just for Baby Boomers, but also for their kids and
grandkids as they try to understand what it was that molded this
fascinating but often peculiar generation.

The printed form of the book is now in stock at Great Escape Books on Kingston Road, and the stock has been re-supplied at City Books on Queen St. and on the Danforth. A copy can also be ordered directly from the author at kandjomemee (at) gmail.com. 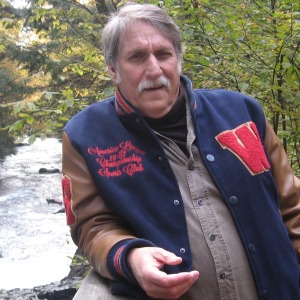 Why I still love Toronto

I was born in Toronto, and grew up in The Beach, but moved away to attend university. Other than a brief 9-month residence during my mid-life crisis, I have only visited Toronto over the years, always gravitating back to The Beach again. This area is much-changed in many ways, but some of it remains the same, and some friends, and my sister, still live in the old ‘hood, so I have people to visit whenever I’m in town.

Over the weekend, I attended an informal get-together organized by some of the women I graduated with from Malvern in 1972. But more on that in a future post. Here’s my photo essay on the other things I managed to do while there…

I went for a walk along the boardwalk. There were police on horses, but unfortunately riding away from me so I couldn’t get a close-up. They’re in the second picture. Actually, they were racing along the sand, at one point. Horses must have been feeling frisky with all that sun and mild temps., for a change.

I stopped to sit on a park bench at the foot of Scarborough Beach Blvd., the street where our family house was located. I’ve sat on this same bench many times, to talk with friends, and just to be alone, to think, and write. It was a beautiful day on Sunday to sit there again, and enjoy the Rocket Fuel and chocolate croissant I had bought at Remarkable Bean on Queen St., the birthplace of my incredible brainwave for Coffee Shop Author, a writing contest.

On Sat., I met friends downtown and we went to see Ann Vanderhoof who was signing copies of her new book The Spice Necklace at The Cookbook Store. Great to have the chance to see Ann again! Check here for more on Ann’s new book.

Then I took the Neville Park streetcar back to The Beach and attended Sheena Fraser McGoogan’s show opening at Arts on Queen. Ken McGoogan, Sheena’s husband, was there, and it was good to see him once again. That’s a sample of Sheena’s art in the window. Check here for more.

I was fortunate to be in Toronto on Oscar night, so I took myself out on a typical Beach date – dinner and a movie at The Goof and The Fox! Can’t get much more nostalgic than that… I ate a hot turkey dinner at The Goof (sadly, Deep-fried Sweet and Sour Racoon Balls weren’t on the menu that night, Jim), complete with canned gravy, fries and green peas (frozen),

although The Goof isn’t the same since they renovated and took out all the old tabletop jukeboxes. Then I walked across the street to The Fox

where people were beginning to line up for the free showing of The Oscars, that included free popcorn and a drink! I sat in the third row, and made it through the entire show, to the end at midnight. Then I walked up Beech Ave., back to my sister’s place.

It was a great weekend to be in Toronto! The weather was incredibly beautiful, and people were happy to be strolling along the streets – even downtown on Yonge – enjoying an early taste of spring.

And that’s why I still love Toronto – after all these years.