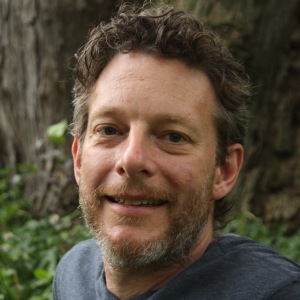 I help people grow food
MY PASSION is incorporating edible crops into the landscape to create beautiful, edible landscapes with a long and varied harvest. I was recognized by Garden Making Magazine as one of the “green gang” of Canadians making a difference in horticulture.
My yard includes a driveway straw-bale garden, rooftop kitchen garden, wicking beds, an edible-themed front yard, and fruit plantings.
My gig is communications. I work as a horticulturist, college instructor, broadcaster, speaker, and author. The common thread is that I share ideas about how to creatively use edible plants in the landscape. And I make it fun.
I have worked in horticulture and agriculture for more than 25 years.
After getting a Bachelor of Science in Agriculture from the University of Guelph, I worked in greenhouse and nursery production, plant propagation, biological controls, horticultural supplies, and farm marketing.

• Children. Raising three children (my teenage daughter Emma and I co-wrote the book Gardening with Emma, a book to inspire kids to garden).
• Food. Admission—I actually enjoy grocery shopping. Food really interests me. So I’ve been known to do unconventional things like make parsnip wine or come home with a few laying hens.
• The Outdoors. I love foraging for mushrooms with my kids, camping, or just going for a picnic.
• Community. Toronto is an amazing city for food. Southern Ontario has diverse agricultural and horticultural operations, giving me lots of neat things to write about. I live in a part of Toronto called Willowdale, where I’ve found that one of the best ways to meet my neighbours is to garden in my front yard.
• Music. I’m no musician … just a hack. But I have fun jamming with my boys (they play electric guitar and drums, and tolerate me on bass guitar.)

I NEVER THOUGHT I’d be a writer or speaker. I’m a horticulturist.
But every so often I get impulsive (and that can drive my wife, Shelley, crazy). Luckily for me, one of those impulsive moments brought me to where I am today.
I can still picture the look of surprise on Shelley’s face the day I came home and casually mentioned that I’d quit my job as a recruiter. I sucked at that recruiting job. I left a job….
Here’s the rest of Steve’s story about that!

I first promoted Steven Biggs when he co-authored No Guff Vegetable Gardening with Donna Balzer, who has been a guest on Reading Recommendations. Since that time, Steven has written several books of his own and has recently helped his daughter Emma write and publish a book (see below). Steven and Emma agreed to to be promoted by me in a 3-part series on my blog that I called The Next Gen Authors, featuring Authors whose daughters had gone on to write and publish their own books. I also promoted Anna and Catherine Porter, and Ken and Keriann McGoogan in this series. (Anna Porter and Ken McGoogan have both been previously promoted as well on Authors-Readers International.)

In this fun, plain-language book, I share my passion for growing lemons to help other gardeners in cold climates see that lemons are a fantastic potted plant in cold climates—and that they are much easier to keep over the winter than many people expect.

Get tips, techniques, and anecdotes—along with the insights of other lemon experts in Canada, The USA, and the UK. This book simplifies lemon growing in cold climates.

DID YOU KNOW that some gardeners store lemons in a cold, dark garage for the winter? Others keep them as houseplants. Ever thought of Christmas lights as a way to help lemons overwinter? That’s in the book too.

Steven Biggs was recently featured on this blog, along with his daughter Emma Biggs, as part of the series The Next Gen Authors.

Steven Biggs is now Working on Growing Figs in Cold Climates: 150 of Your Questions Answered, for release within the month.

Steven was a guest on Reading Recommendations in Apr. 2015.

When we bought this plot of land it was covered with tall mature trees. Dennis climbed one of them as high as he could that afternoon in early December while we were dreaming and scheming about the house we would some-day build right about there on the property. “I think we may have a good view from here,” he shouted down to me. “I think we’ll be able to see the water.”

That was an understatement. Once the trees were cleared from the construction site (and only from the area where the house was to be situated – we were adamant about that!), and the structure began to rise, we realized, while standing on the verandah/main house-level that not only could we see the water, but we had the most beautiful view of the entirety of Admiralty Bay, the ferry wharf in Port Elizabeth, and right around the bend of Lower Bay – although not the actual beach – Belles, and down through to West Cay at the end of the island. Friends would come to visit and proclaim, “Just look at that view!” So when it came time for the christening party and to name our house (as people tend to do here – some also name their cars), the perfect name that immediately popped into both our heads was The View. (Sign designed and painted by Anna Landry!)

It’s been 16 years since then. Over the years, several of the larger trees fell victim to wood lice and had to be sawed down. Others were what the locals call “cashie” (and I’m guessing at the spelling here), the name they give anything that has barbs or is prickly. Nasty stuff that can be! And we lost one tree, a Rain Tree, during a storm. Dennis always dreamed of having a palm-lined driveway, so he immediately planted rows of what should have been short trees at maturity (small nut, they’re called) down either side of ours. Those trees are now reaching greater heights than we expected and will soon be in need of replacement. As we’ve taken out trees we have replanted – a Travellers Palm and cattails next to the Cat Garden (graveyard to four furry friends who have passed on), a Norfolk Pine that was Dennis’s Christmas present one year, and a forest of bamboo we were advised would make a good privacy hedge … and it certainly has provided that – it’s looks like a South Pacific jungle out there!

Early on, we had also planted a grafted mango tree that was supposed to, in time, produce lovely, large Julie Mangoes. Unfortunately, the kid who was then gardening for us pruned off the grafted part, so we’ve only ever had small, stringy mangoes, which mainly fall onto the driveway when ripe and get squished by car tires. The mangoes now grow so high up that picking them before they fall of their own accord is out of the question. And, the tree had also become so tall that we could no longer see anything of the south end of the island. So I asked Dennis if I might supervise the gardeners for a morning, to take care of our lack-of-view problem, and he surprised me by saying, Yes! (He really does not like cutting down trees and worries I will go all Vincy and clear-cut the property if given a free hand.)

That’s Griz, the usual supervisor, who slept through the entire job.

This all happened on Thursday, a day that began with yet another gully-washer rain storm early in the morning.

The guys showed up anyway – Snowy and Sheddy – and they laughed when I told them, like Manuel on Fawlty Towers, “I in charge!” but laughed in a good way I knew meant we all were going to enjoy the morning. They came up on the verandah first to get an idea of how much they should cut from the top of the mango tree then we all walked down below the tree and looked from the driveway to see which branches were encroaching on the Royal Palms.

Snowy began hacking away with a constant thwack-thwack! of his cutlass. Dennis had decided there was no need to use the chainsaw for what they had to do. Both Snowy and Sheddy climbed up the ladder and into the branches and eventually we could see their heads then upper bodies as they continued to whack away at the foliage. We made a group decision to also cut back the Ficus Tree, the one Frank Dufeck (RIP) had given to Dennis many years ago. We could never cut that down completely, for sentimental reasons, but we hadn’t realized how tall it had grown until the mango tree was shortened.

After all was said and done, we were happy with the results – although we realized there’s a cedar tree at the corner of our property that could now be topped, and another further down the road on someone else’s property that we’d like to see chopped. But we did witness a better sunset that evening than we’d seen in years and since the sun will be setting into the sea for us once again at the end of February as it moves further north along the horizon, unimpeded sunset-viewing will be of the utmost importance here at The View. Besides, we know it will only be a matter of a few years before we have to go through this entire tree-topping process once again. We were trying to remember and think it was six years ago that the mango tree was topped the first time. Everything grows fast in the tropics, making for very interesting gardening indeed!

Help is on the way! Whether you are gardening in Alberta, Ontario, Atlanta, Vancouver, or anywhere else in North America, you would be wise to turn to advice from these Calgary-based women who have recently published books on two entirely different topics that will help any gardener find answers to their questions and learn new ways of doing it right!

Donna Balzer and Laureen Rama are well-known for their solid gardening advice and eco-friendly landscape designs.

Donna’s book, No Guff Vegetable Gardening, written with her Toronto publishing partner, Steven Biggs, is the first in a series of books covering various types of gardening. Check here for Donna and Steve’s ongoing online chat that offers even more advice and answers readers’ questions. (Shortly after this book was published, I was visiting a long-time book friend in Lethbridge and showed it to her husband, a retired farmer. “I’ve been farming all my life,” he said, “and there isn’t anything I don’t know about growing vegetables.” But he began leafing through the book, so we left him to it. It wasn’t long before he said, “Hey! I just found the answer to a problem I was having with growing something. This is a good book.” Other readers have told me that they enjoy using the book to introduce their children to vegetable gardening. So, whether complete novice or total expert, there’s something in this book for everyone.)

Laureen Rama’s book, Eco-yards, was also published last year by west coast publisher, New Society, which specializes in publishing books on ecological sustainability. Laureen has also recently produced a DVD, a companion production that further illustrates, through step-by-step visual instructions, how to turn your front lawn into a water-wise landscape.

Now, I’m not a gardener by any stretch of the imagination – a fact which you have probably already surmised. But, if I were, I’d be picking up copies of these books, as well as the DVD, to discover how to garden successfully. I have met both women and talked with them about their books, and I’ve received enough feedback from readers to know that you can’t go wrong learning from the experts!

(Both books and the DVD are available in the US as well as in Canada.)