This is Part 2 in a 3-part series about annually held writing and reading festivals that have moved online this year. The good news is that these festivals are now open to readers and writers all over the world! (Link to Part 1 and Part 3)

Authors JP McLean and Bill Engleson have both been promoted on Authors-Readers International and both live on Denman Island. They were also both involved in this year’s Denman Island Readers and Writers Virtual Mini-Fest, so when I asked JP McLean about including information on this festival as part of my series, she asked Stewart Goodings (the co-chair of the DIRWF) to contribute to the post. While the date of this year’s festival has come and gone, ALL direct video links are still available to view and enjoy, for anyone – around thee world!

From Jo-Anne McLean … Thanks again for the opportunity to have the DIRWF covered on your blog. You’re always thinking in creative ways to help support authors, and it’s much appreciated. The festival committee was excited to hear of your support and I’ll be sending them your link as soon as it goes live. 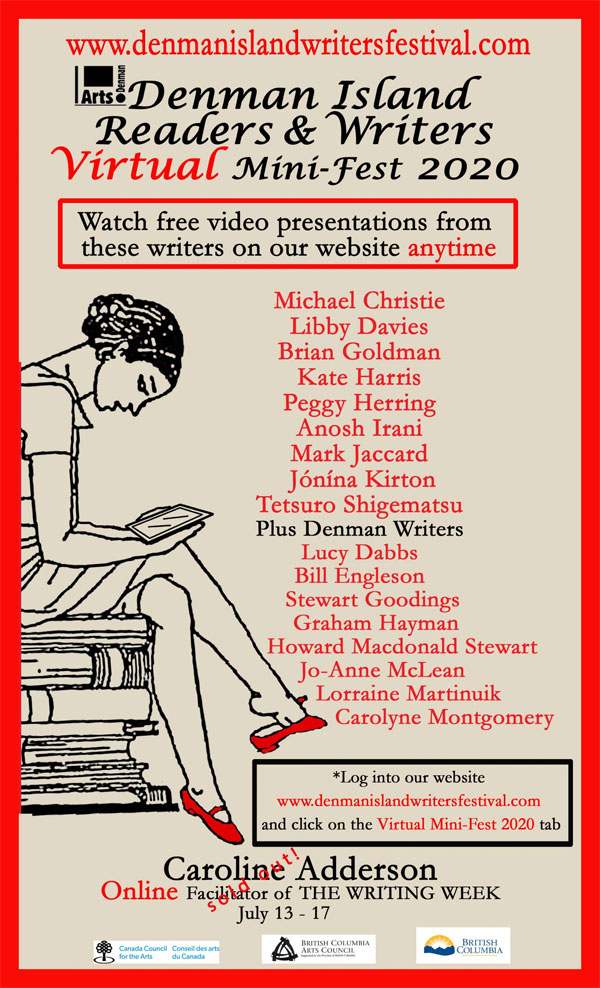 By Stewart Goodings and Jo-Anne McLean

The Denman Island Readers’ and Writers’ Festival (DIRWF), like many other literary festivals in this age of COVID-19, has gone online. The authors who would have headlined the 2020 festival have instead represented their work in video format.

There is an active writing culture on Denman Island, inspired by the novels and memoirs of Des Kennedy, and the published works of Howard Stewart, Jo-Anne McLean, and Bill Engleson. The DIRWF has a long history of including local writers in the annual festival and is happy to include local authors’ videos this year as well.

Access the festival from the comfort of your favourite recliner or that patio deck chair
right here on the website.
Enjoy!

Caroline Adderson reminding readers of her debt to Anton Chekhov as she launches her new novel A Russian Sister. Caroline’s website.

Michael Christie talking about his fictional family saga, which culminates in the near future when old-growth trees have become a rarity. (Interview on CBC)

Libby Davies expounding on her life of political activism and social justice.

Mark Jaccard spelling out his prescriptions for a more sustainable world in the wake of the Covid-19 virus. (Video on YouTube)

Anosh Irani telling stories about his own Indo/Canadian life and those of his fictional characters.

Jónína Kirton reading and giving background for her poetry and her Icelandic/Indigenous ancestry.

Brian Goldman commenting on his life and experiences as an ER physician, national radio host and recent book on kindness. (Video on YouTube)

Peggy Herring taking us to the 18th century Olympic peninsula for her researched story of a shipwrecked Russian woman’s life among the native people.

Lucy Dabbs reading her memoir, Senior Year, inspired by her senior year at an international school in Japan.

Graham Hayman reading his short story, The Cap at Kits Beach (or Yellow is My Favourite Colour).

Lorraine Martinuik reading a collection of her poems inspired by “sheltering in place” and reflects her home on Taystayic (Denman Island).

Jo-Anne McLean discussing how she convinces readers to suspend their disbelief when reading books with supernatural elements using examples from Secret Sky, the first of seven books in The Gift Legacy series.

Carolyne Montgomery reading from her short story, The Ginkgo Tree.

Howard Stewart reading a segment from his memoir, A Moment in Outer Mongolia.

This mini-fest will stay up on the DIRWF website for 2020, so you can view the videos more than once and at any time. We hope you enjoy the videos and perhaps you will be able to join us in 2021—provided we can get Dr. Bonnie Henry’s approval! 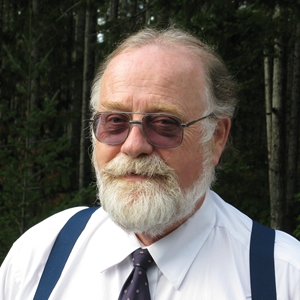 Bill Engleson is a Canadian author and retired child protection social worker. He was born in Powell River, BC, raised in Nanaimo, and spent his first year of life trapped aboard his parents leaky fishboat. He resided in New Westminster for most of his adult years, retiring to Denman Island in 2004.

He writes long fiction, flash fiction, essays, poetry, letters to the editor, and, of late, the occasional book reviews for the Ormsby Review, a new online journal about B.C history and literature.

He has been writing most of his life. His first couple of efforts, poetic in nature, were printed in his mid-teens (quite a long time ago) in the, now, sadly defunct Nanaimo Daily Free Press.

He self-published his first novel, Like a Child to Home in 2013. Silver Bow Publishing released his second book, a collection of humorous literary essays titled Confessions of an Inadvertently Gentrifying Soul, in October, 2016.

Additionally, he has had flash stories published in a few modest publications including two Centum Press anthologies, One Hundred Voices Volumes One and Two.

As a side note, he appeared in a locally produced music video two years ago as a portly, slightly balding, suspendered, card playing (cribbage) human prop. Thus far, the five minutes and change Conrad Campbell video of his song, Big Electric Jesus, has had over 100,000 views. Nothing to do with Bill’s appearance, however. Half of our island (a slight exaggeration) also appeared.

Here is the link for the rock and roll curious.

I first “met” Bill Engleson through an introduction from JP McLean, an A-RI Author who also lives on Denman Island. When I asked Bill for his updated information for this post he added the following: Incidentally, Jo-Anne McLean and another local writer/videographer, have been filming a few of us to be a part of a virtual Denman Island Readers Writers Festival. A very energetic, community-minded author is Jo-Anne.

I promoted Bill’s books on Reading Recommendations and quite enjoyed his writing. When he was about to publish his second book, a collection of essays, he asked if I’d like to read an advance copy with an eye to reviewing it for him to coincide with publication. As the book was about life on an island, I said yes! My review was eventually published in the Denman Island newspaper, which was kind of cool for me! (Review is below.)

Confessions of an Inadvertently Gentrifying Soul

When I moved permanently to a small Caribbean island, there was a saying within the long-term expat community: Why would we want to change what brought us here in the first place? Unfortunately, those outsiders who arrived during the decades following me didn’t get this same memo. So I approached Bill Engleson’s new collection of essays with complete understanding and empathy.

Confessions of an Inadvertently Gentrifying Soul is writing with a glint in its eye and an upwards curve to the lips. Yes, these are rants about the inevitable changes that come to any small place once it’s discovered, but through these rants Engleson manages to also preserve the memory of that which brought him to Denman Island in the first place. With this collection, we have a unique opportunity to see what life was like before those other gentrifying souls moved into “Ruraltania” and changed it into something that closer resembled their way of life they left behind back in the big cities.

Peppered with relevant quotes from famous authors, comedians, and other thinkers, these essays (both previously published and new) on island and small-town life, cover subjects as diverse as: libraries, librarians and unusual objects found inside borrowed books; the usefulness (or not) of committees; censorship; tradition; the generation of ideas; local characters and curmudgeons; movies and old episodes of Leave It To Beaver.

So even though you have never lived on an island or in a small place, there’s still a great deal of insight into life in general to be gained from reading Confessions of an Inadvertently Gentrifying Soul. Engleson’s writing is comfortable, and very much like chatting over coffee while sitting in mismatched upholstered chairs in front of a wood fire. In fact, the entire book is like reminiscing with an old friend.

~ Susan M. Toy, author of the Bequia Perspective novels
(This review was previously published in the Island Tides newspaper of Denman Island) 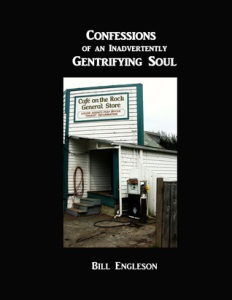 What Bill Engleson is working on now: At the moment, Bill is working furiously, in between moments of sloth, on several new projects, including a prequel to his first novel entitled Drawn Towards the Sun, a mystery, A Short Rope on a Nasty Night, and, a bit of a longshot, a collection of home-grown, satirically tinged essays, DIRA Diary: Tall Tales of Democracy in Traction.

For more information about Bill Engleson, please see his website.

Bill Engleson has been a guest on Reading Recommendations twice, in Jan. 2014 and Dec. 2016.