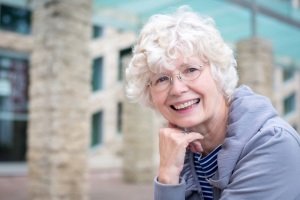 Alice Major has published eleven collections of poetry, two novels for young adults and an award-winning collection of essays about poetry and science. She came to Edmonton the long way round. She grew up in Dumbarton, Scotland – a small town on the banks of the Clyde, not far from Glasgow. Her family came to Canada when she was eight, and she grew up in Toronto before coming west to work as a reporter on The Williams Lake Tribune in British Columbia. Alice Major has lived in Edmonton, Alberta since 1981.

Alice has been an active supporter of the arts and writing community:

Alice reads her work frequently at many venues across Canada. She has also read in Britain at the University of Leeds, and in Australia at the Varuna Writers Centre in Katoomba and the NSW Writers Centre.

Alice’s work has been broadcast a number of times on the CBC’s “Alberta Anthology.” Other performances include the Time Capsule project (for Edmonton’s Symphony Hall), and a Gala Performance for the Global Arts & Culture Symposium at the University of Alberta. (The last event was directed by Veronica Tennant)

She has taught numerous sessions for schools and young writers’ conferences in Alberta on writing poetry. She has been creative writing instructor for the Lakeland College Summer Program and writer-in-residence at Grant McEwen Community College in Edmonton.

Alice Major also recently received an honorary degree from the University of Alberta and delivered the speech at their convocation. (Her introduction and speech begin at 37:43.)

During 2008-9, I was the Alberta sales rep for the University of Alberta Press and eventually met Alice Major who had already published several books with the scholarly press by that point. I attended a number of Press events in Edmonton over the following years where I had an opportunity to meet and talk with Alice in person, and then I continued to promote her books (through the Press) when I set up Alberta Books Canada. She has been a tremendous support, not only to me, but to our fellow authors, and for that, and her enthusiasm about the writing, I thank Alice Major heartily!

Alice was also among the authors UAP brought from Edmonton to Calgary for the final Literary Salon, which the Press co-sponsored. 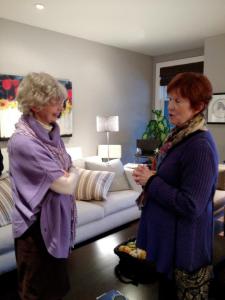 Welcome to the Anthropocene
Robert Kroetsch Series
Alice Major observes the comedy and the tragedy of this human-dominated moment on Earth. Major’s most persistent question—“Where do we fit in the universe?”—is made more urgent by the ecological calamity of human-driven climate change. Her poetry leads us to question human hierarchies, loyalties, and consciousness, and challenges us to find some humility in our overblown sense of our cosmic significance. 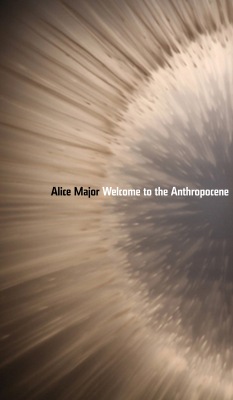 Here’s a link to an exceptionally comprehensive look at Alice Major’s work, and Welcome to the Anthropocene in particular, on Kathleen Wall’s blog, Blue Duets.

Here are a pair of podcasts in which Alice Major is interviewed about her writing and Welcome to the Anthropocene.

For more information about Alice Major, her books and writing, please see her website.

Alice Major was a guest on my blog, Reading Recommendations on July 27, 2015.

Alberta Books Canada and the University of Alberta Press are hosting a literary salon on Sunday afternoon this weekend at a private house in Calgary. There will be readings and presentations by all four guest authors followed by a discussion of the topic, Working With a Publisher’s Editor.

UAP’s acquiring editor, Peter Midgley, who is himself a published author and professional storyteller, will be joined by Alice Major, Kath Maclean and Geo Takach. Each will read from their work, show videos and book trailers, or tell us a story. Should be a wonderful way to spend a Sunday afternoon in November!

For Friday Reads this week, I’m recommending you click on the links above, discover more about these Alberta authors and their books, and join us by settling in to read one or more of these great books published by University of Alberta Press!

Alberta Books Canada is pleased to be hosting the final literary salon of 2012 alongside the University of Alberta Press! UAP will be sending three of their Edmonton authors and an editor, as well as several staff members, to Calgary to take part in this November salon on Sunday the 18th for readings and a discussion of the topic, Working With a Publisher’s Editor. Here are the details:

Please join us! Seating is limited, however, so send me an email asap to reserve your ticket.