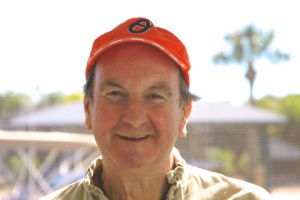 I never gave much thought about becoming a professional musician. I always loved music and admired my older brother Skip and his bands, and playing at beach parties and with the Kingsmen was totally cool. Once I found out I was 4F and ineligible for military service though I did not know what would come next!

In December 1964, Peter Davey and I had just come home from spending 4 months riding around Europe on motorcycles. We had a blast of a time, met some great new friends and went places most tourists never go!
Starting in January 1965 I was enrolled in the Spring semester at the new Southampton College in the hills overlooking Shinnecock Bay on the south fork of Long Island. In our trip around Europe, Peter and I came across an incredible adventure where we got to see up close and personal the race cars in action that would soon put the Ford Motor Company at the pinnacle of auto racing success. That event sort of cemented in my mind the decision to go back to school and get my engineering degree in Automobile Design. That would not mean I had to give up playing in a band but the thought of joining up with other musicians to start a band with the sole goal of getting a hit record became further and further from my plans for the future. My brother Skip and Joe Butler my bandmates from the Kingsmen had started a new band and moved into New York City and were playing in Greenwich Village. I would not be able to join them and go to college at the same time. I had a great steady girlfriend Lynn Bishop who lived in Westhampton Beach and some local friends that I could join up with on occasion to play some local gigs out in the East End and I could still go to college. So that was my plan as I headed into New York City to pick up my motorcycle that had been shipped back from Spain just before Christmas 1964. I got to New York on a cold rainy day and didn’t go back out to Westhampton for 3 years. Oh I went back to collect my belongings and tell the college that I wouldn’t be attending that spring but in the space of about 3 or 4 days my whole world changed and it would never again be the same. It would be the summer of 1967 before I could take the time to rent a little beach house in E. Quogue, LI and spend more than a weekend there, and a designer of race cars I would never be!

While a major portion of my life has been my involvement in The Lovin’ Spoonful, I have gone on many adventures, before, during and ….well so far there is no after the band’s life yet. Finally I have, with the help and co-operation of one terrific person, Tony Moss, completed a book that encompasses much of what I have seen since my arrival at Jacksonville Naval Hospital, Camp Lejeune, North Carolina on September 23, 1943. So if you dare come on in and look around. It is just getting started, so expect changes.

IN 1970 I bought a 56′ sailboat and headed out for who knows where. After nearly 4 incredible years sailing the eastern Caribbean I returned to the States and resumed my life in the music business. I took over operation of a fabulous recording studio in Hunt Valley, MD and eventually moved it to a customized houseboat in Baltimore’s historic Inner Harbor. I began playing in a band again and as I adjusted to a life once more on shore a voice kept whispering in my ear “you need to write a book about all of this”. And so began the collection of notes and pictures and conversations with friends and associates that up to that point in time, 1977, comprised a full life by any standard. The Lovin’ Spoonful had effectively ceased to exist as a touring band and I thought I had found a comfortable niche wherein I could stay in music and make a living in Baltimore. Then came Christmas 1977 and everything changed. It was like I had started a new life very different from my old one but in many ways the same. What happens after Christmas 1977 until I make contact with my co-writer Tony Moss in 2009 could make an exciting book on its own. Essentially there are two life stories in one book. Writing it proved to be the very catharsis that I needed and I am very proud of it.

Thanks to Tim Baker, himself an Authors-Readers International Author and longtime online pal, I “met” Steve Boone when Tim interviewed him on his Surf 97.3 FM Friday evening radio program, making it possible for me to connect with Steve. Steve was promoting his new book at the time and talking about his life after the Spoonful. When he mentioned he had sailed for a number of years in the eastern Caribbean. I sent Tim a question to ask and Steve confirmed he had been to Bequia! After that interview, Steve sent me a signed copy of his book, which I loved reading … After all, Steve was one of the founding members of a musical group that was very important to many of us who grew up during the 60s – The Lovin! Spoonful! But the rest of Steve’s story itself was a real page-turner! I promoted Steve and his book on my Reading Recommendations blog, and have followed his career since the book’s story ended, as he’s continued to tour with the band, including gigs on cruise ships, his recording and performing with The Cherry Drops, hosting a Monday evening radio show on Surf 97.3 called “A Spoonful of Hits” and participating in a sold-out reunion concert in Feb. 2020 with original band mates from The Lovin’ Spoonful, Joe Butler and John Sebastian. (Links and information for all of this below.)

Hotter Than A Match Head: Life on the Run with The Lovin’ Spoonful
Steve Boone with Tony Moss

Steve Boone’s memoir comprises two nearly separate lives in one book with his role as a founding member of the Rock Hall of Fame band The Lovin” Spoonful as he charts it’s way from conception to now 50 years later, and his other life as a high seas pot smuggler with the drama of sinking boats and eluding Coast Guard interceptors.

For more information about Steve Boone, his music, and how to get a copy of his book, see his website.

Steve Boone’s radio show on Surf 97.3: “I plan on using a timeline of my life from the early 1950’s to today to show how popular music has evolved including of course my time in the Lovin’ Spoonful and beyond. You can tune in locally at 97.3 fm or streaming online. So tune in and comment or call me up at the station when I’m on live. I look forward to being on the airwaves each Monday night from 6 PM to 7 PM E.S.T.”

Here’s some information from Steve’s blog about life touring more recently with The Lovin’ Spoonful.

On Feb. 29, 2020, a benefit concert was organized that brought together the three remaining members of the original band of The Lovin’ Spoonful. The evening was a great success! 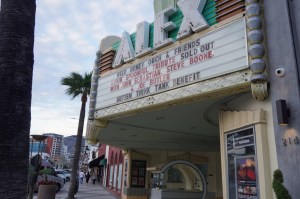 As well, Steve Boone has been playing bass and performing with the band The Cherry Drops. I promoted Vern Shank, the owner of radio station Surf 97.3, and his band on Listening Recommendations in Sept. 2014. Here’s their video of a recent recording of one of Steve Boone’s songs, “You Didn’t Have to be so Nice”:

Steve Boone was a guest previously on Reading Recommendations in Nov. 2014.