After wowing audiences at the Big Burns Supper in Dumfries and at Europe’s most prestigious a cappella event, the London A Cappella Festival, in 2015, Countermeasure returned to Scotland in 2016 to make their Edinburgh Festival Fringe debut, performing their show 14 Characters at theSpace @ Surgeons Hall (5-6th, 8-13th August) and Space Triplex (15-20th August).

We launched our UK tour to rave reviews:
“12 Stars! Extraordinary group, breathtaking talent, unmissable concert. Superlatives abound and mine is the first of many.” Andy Bungay, Wandsworth Radio, UK

“★★★★Impressive stuff. This really is a show with everything.” Edinburgh49+3

Formed in 2010, Countermeasure are led by award-winning composer/arranger Aaron Jensen and perform original compositions and re-imagined standards by the likes of Cole Porter to the Beatles, with a strong accent on pop and jazz arrangements The group displays unaccompanied singing at its best, incorporating innovative live looping, vocal percussion, and instrument sounds made by the voice. Their musical aesthetic is sufficiently eclectic for the group to headline international contemporary choral concerts, play the main stage at jazz festivals, coerce club-goers onto dance floors and collaborate in esoteric interdisciplinary art projects. They have shared stages with vocal heavy hitters from Naturally 7 and The Swingle Singers to Corey Hart and Blue Rodeo.

During their Fringe run, they dipped into tracks from their second album, Made To Measure, which was released in Canada on 14th July, 2016, and has been enjoying strong airplay in Canada and the UK; its predecessor, 14 Characters, won one of the two spots in the Best Jazz Album category from the Contemporary A Cappella Recording Awards in the USA.

When Countermeasure singer Steve Cole decided to propose to his girlfriend, Dawne Shonfield, he knew it would be during her visit to Edinburgh but was looking for the perfect moment. And he found it – in the middle of a Countermeasure performance on Wednesday at The Space at Edinburgh Festival Fringe! He picked Dawne to go on stage for their regular Copacabana song routine, which has audience members trying their hand at singing, dancing, and beat boxing. To the surprise of cast and crew, Steve stopped the show and gave a heartfelt speech about Dawne being the song in his heart. And then he got down on one knee, proposed marriage, and she said “yes”! Tears flowed on stage and in the audience – and then a choked-up Countermeasure had to finish the show with their signature “Takin’ It Home”. Expect the unexpected at a Countermeasure show!

“I have seen 100s of a cappella shows but what these Canadians are doing here at #LACF2015 (London A Cappella Festival) is unheard of. What a joy and a pleasure.”- Florian Statdler, VocalBlog, Germany 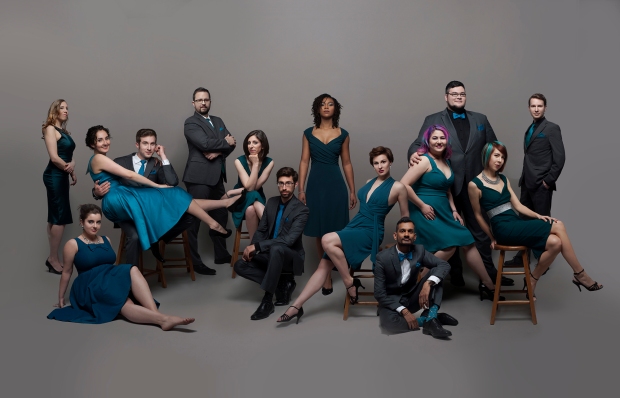