So, what did you do yesterday?

Me? Funny you should ask … I finished gathering together the necessary materials, checked one last time to see that everything was as correct as it could be, assigned two ISBNs for ePub and mobi editions, and sent off all the files via email to Human Powered Design in Calgary for formatting. I received an immediate reply from Gina telling me that, not only had she received our submission, but the job was already in the queue and will likely be seen to within this next week. Which means we will have a finished eBook all ready and listed for sale well before the projected date of March 1st I had originally suggested would be the case. Hooray!!

So here’s our first announcement for this new publication, folks!

A new longform short story, written by J. Michael Fay, and titled Passion, will be published by IslandShorts, and we are very excited about this!!

As with Michael’s other publications, once again the original cover art was provided by Karen Sloan of Wallflower Studio Art in Minden, ON. 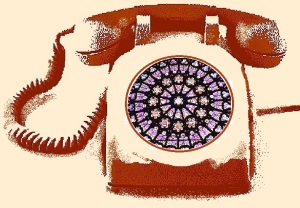 And here’s a little peek at what all the excitement is about … the synopsis and a few blurbs from advance readers of Passion!

1963 is a pivotal year for Dan James. Believing his destiny was set at the age of eleven when he stood next to his father’s coffin, he enters the seminary at seventeen to become a priest. A well-read fellow seminarian and the world-shaking event later that year cause Dan to question his true passion in life.

Passion is the next in Michael Fay’s series of long-form short stories, following The Whirlabout and The Healer. Along with Tenderness, all have been published by IslandShorts.

This is a thoroughly engaging story about a young man’s coming of age and discovering while enrolled in a seminary that his calling is not for the priesthood but for literature and writing. One can smell the incense in the chapel and hear footsteps echoing in the stone hallways while young Dan James wrestles with his decision before walking out into a world with much to relish, treasure and describe.
~ Dennis Gruending, journalist and author of Pulpit and Politics

What a vivid evocation. Detail, precision, clarity, and echoes of Joyce: the butterfly emerges from its chrysalis. Youth discovers vocation. Nice!
— Ken McGoogan, author of Celtic Lightning: How the Scots and the Irish Created a Canadian Nation

In the story of Dan James and his time in the seminary, Michael Fay explores the moment a young man steps into adulthood, and captures with grace and insight the realization that a vocation needn’t be holy to be true.
— Kim Pittaway, award-winning journalist and editor

So, there you have it! It’s not just every day that we at IslandShorts get to press “send” on a new publication! If you’re interested in this new eBook by Michael Fay, please stay tuned and check back to this blog where we’ll be announcing the exact publishing date and availability online, once we have all the links and information.

For a Great Read, Slip Into Our Shorts!

(Anyone interested in reading to review any of our publications please contact me directly: susanmtoy (at) gmail.com)