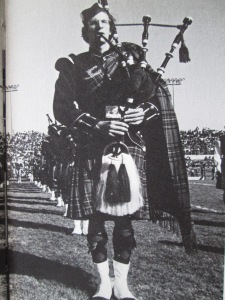 I first met John Bottomley the year we entered Queen’s University at Kingston (a very long time ago!) and joined The Queen’s Bands, me playing clarinet in the marching band and John playing bagpipes in the pipe band. We recently reconnected – as these things seem to go – on Facebook, where I discovered John is still playing the bagpipes, is very accomplished and successful, and also now recording. So here’s John to tell you more …

What is your latest release and what type of music is it?
An all piobroch (classical bagpiping music with a theme and variation structure) CD based on independent research into one of the earliest manuscripts available, the Campbell Canntaireachd. The manuscript does not indicate note lengths at all – it’s all written out in vocables – so the player has to use his or her musical sense and training to interpret the tunes.

Quick description of the music you perform:
Bagpipes – I have thousands of tunes I can play at this point! I’ve recorded four CDs, all solo piping. I’ve also done some composing, and the pibroch I composed has been posted on the Piobaireachd Society’s website in Scotland. 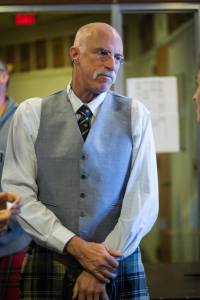 Your brief bio:
I have been playing since 1963, before anyone in North America even knew there was a Beatles. I have competed and judged all up and down the United States and Canada, from Nova Scotia to Texas. I’ve been taught by a number of the finest players in the world, and listened to a variety of styles to create my own. I also did the piping part of the soundtrack for the feature film TROOPER, which is now available through iTunes and Google Play, as well as many other outlets. Apparently Bruce Springsteen and Bob Dylan, whose music is also in the film, weren’t good enough to compose and play the pipe tunes.

Links for people to buy your music or hear you perform
On my website there is a shopping link. The release that would probably be most interesting to a non-piper is Bagpipe Classics New and Old. It contains a number of more popular tunes as well as tunes with strong melodic hooks to introduce more of the piping idiom to a casual listener. 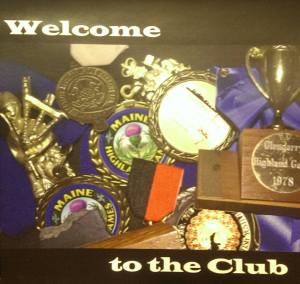 What are you working on now?
I’m planning two more CDs. The first is going to be called Well Grounded, and it will be a collection of a number of pibroch grounds (the opening variation of the tune) designed for people in the lower competition grades. An educational CD basically. The second will be call My Favorite Things, with seven or eight of my favorite tunes.

Please recommend the name of a musician or band whose work you’ve enjoyed hearing lately.
I loves me some Dave Matthews. And The Cream – Disraeli Gears. Johnny Winter always played like he meant it, and the Tannahill Weavers, a Scottish folk group.

Oh, and, what the heck! I’m feeling incredibly nostalgic after putting together John’s promotion so here’s the

“For it’s not for knowledge that we go to college but to raise hell all the year!”